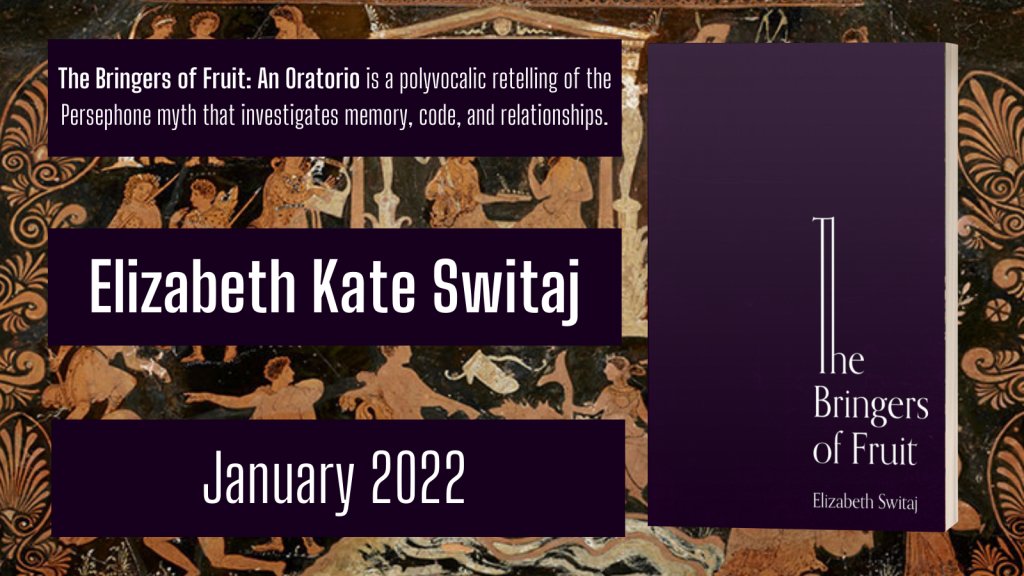 The Bringers of Fruit: An Oratorio available from 11:11 Press

Magdalene & the Mermaids
Available via HathiTrust

Reviewed at Feministe, Feminist Review, Everything Distills into Reading, and The Sound of Poetry
Sample poems at Poetry Friends and Peony Moon 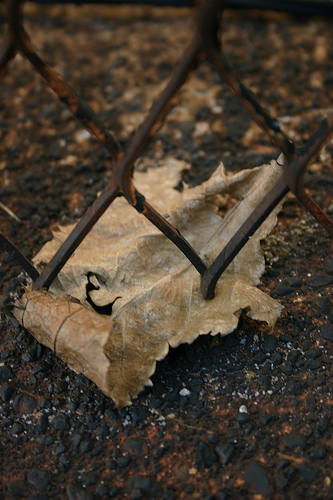 How You Come to Tell Me I’ve Done It, I’ve Survived
Semifinalist in the 2021 Boston Review Contest
published in Repair, a Boston Review anthology (Winter 2022)

Against the Bones
in Community Spotlight: Images of Obsession from the February Workshop, Collective Aporia (March 2021)

Our Assorted Quarantines
in Indolent Books’ What Rough Beast: COVID-19 Edition (May 2020)

The Contagious Hospital
in Voice and Verse Poetry Magazine 53: Virus (May 2020)

Articulations IV, VI, and VII
in The Inflectionist Review 7 (May 2018)

Watermarked
in Open: Journal of Arts & Letters (May 2018) Persephone’s Canto to Dionysus, from The Bringers of Fruit
in Paradise Review 6 (Aug. 2014).

35, Lojkar Sunday, Couplets for a Saturday, and Island Hotel & Apartments
in Typoetic.us 2 (Spring/Summer 2014)

Poseidon’s Canto, from The Bringers of Fruit
in Really System 3: Alertly Messy (Summer 2014)

Driver, Rairok October, Enemanit, I Could Be Persephone, and Dragonflies
in The Waggle 1 (Winter/Spring 2014)

Alma, Fritz, and On Learning that KFC is Offering Boneless Chicken
in Compose: A Journal of Simply Good Writing 2 (Fall 2013)

A Series of Propositions in Favor of a Concept, Events Since 9/11, The XX of June, and Wanted
in Foliate Oak Literary Magazine (2013).

Make Art, Not and Love a Rainy Night
in Hawai’i Pacific Review (2012)

Have you Seen My Scars?
in The Tau: The Literary and Visual Art Journal of Lourdes University (2012)

Caprico(u)rn, Goldfish, and And Rest in Silence
in On Barcelona (March 2012)

Before the Visa Expires
in Lowestoft Chronicle 7 (September 2011)

To a Post-Breakup Fantasy
in Spot Literary Magazine 5.2 (Spring 2011)

A Hangover Sonnet, AfterTravels, No Absent Night, Since You Asked about Poetry & Prose, and Pollination Cross
in The Stray Branch 4.7 (Spring/Summer 2011)

Inch Beach and Famine Feast
in Poets for Living Waters (2010)

Instructions to a Rapist, Subspecies Variation, and The Weimar Pizzeria
in The Smoking Poet (Winter 2009/10)

Seized
in Incantations in Blue (September 2009)

Sulaymaniyah and Memory– a Rainy Night
in As Per La Roman De La Rose, For Example, Edited by Arpine Konyalian Grenier for Big Bridge 14 (August 2009)

Available in print from Amazon

Chant for the Whole, Titanoboa cerrejonensis, and Zales/Jared/Kay
in Counterexample Poetics (February 2009)

An Airport of Three Years Ago, Eight of Wands, Le Soleil, and The World in Tarot
in viviparous blenny, Volume 1 (January 2009)

Minerva Dressing, One of Barbara Longhi’s Virgins, and Berkeley
in tinfoildresses, Issue 1 (Winter 2008)

Wearing, Fog from I-90, Abutment, The Rapist’s Son, and October Head|ines
in Otoliths, Issue 11 (Southern Spring 2008)

Would Not Be Like God and Love Growth Poem
in Listenlight, Issue 17 (September 2008).

The Long & Short of Third to First” and “The Binding of Your Words
in [grain short/grain long], Issue 1 (September 2008)

Found Sign and In Praise of Loose Petals
in Sous Rature, Issue 1 (August 2008)

Baby Crush, A Bush Wedding\House Party, Shooting from Ilium, and When You Are Tempted to Pet Your Child
in Gloom Cupboard, Print Issue 3 (May 2008)

Millipede Down, How To Store, Seven Leave Cult Cave in Russia, and In Space Separating
in Otoliths, Issue 9 (Southern Autumn 2008)

The Farm (Joan Miró), De Chirico’s Uncertainty (of the Poet, Not a Haiku, and Because His Funeral Was A Week Before
in Listenlight, Issue 15 (March 2008)

In Season; On the Chair, Forgotten Name; and Overeducated Girl
in Venereal Kittens
_
The Outer Park, The Saved, and The Three Brides
in Philament, Issue 11 (December 2007)

Treatise on the Subjectivity of Heat
in Marginalia, Issue 3.2 (Fall 2007)

Morning After Fear
in In Our Own Words: A Generation Defining Itself, Volume 7 (2007)

When Zombies Reach Rockaway
in The Meridian Anthology of Contemporary Poety, Volume 5 (2007)

King of Pentacles
in Existere, Fall 2007

Model Sister, Home from the War, The Night Before I Don’t Give Up, The Devil, Judgment, and Four of Pentacles
in Sentinel Poetry, Issue 58 (October 2007)

On the Roof at Midnight
in Openned

September Afternoon in Central Park and Suvivor’s Bones
in Euphemism

Strained Nerves
in The Subway Chronicles

The Chase
in Convergence (Winter 2006)
_
Midori
in Transverse 5

Lady of the Three Accompaniments, Mid-Atlantic Ridge, Every Time . . .Important, and Friday Night
in winamop

Paintball, Three on a Famous Bridge, and Wearing
in HiNgE, Issue 6.2 (July/August 2005)

Your Door, Aubade (Revelation), and Edge of the Tracks
in Ascent Aspirations

Swamp Ophelia, Cliff Dweller, and Shopping Malls And (For Fifteen Hundred Yen)
in The Argotist Online

Pentecost Here
in Seeking the Lotus 3

Flower (Anjo) and Folded In Your Lap
in The Diagram

In Love Again and Melissa Has a Surplus of Parents
in Crannóg, Issue 6 (Summer 2004)